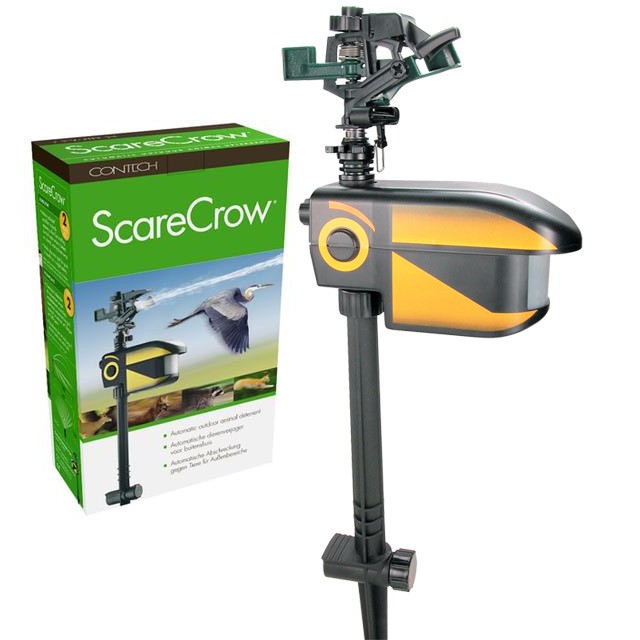 Protect your garden or pond from unwanted animal intruders.

The Scarecrow motion activated sprinkler instantly releases a short but startling burst of water when it detects animals. The sudden water, movement and noise scare animals away, and help teach them to avoid the area in the future.

The Scarecrow consistently creates a memorable and unpleasant experience through a combination of:

The animal immediately associates this unpleasant experience with the location. To avoid similar surprises, they begin to avoid the area. While humans flee several steps after activating a Scarecrow motion-activated sprinkler, animals are scared to a much greater degree, run much further and stay away longer.

We attribute this difference in part to the inherent fight or flight survival response found in most animals and their lack of intelligence or ability to 'figure out' what caused the annoying noise and motion.

Other reasons why the Scarecrow works:

Universal Mounting Bracket for the Scarecrow